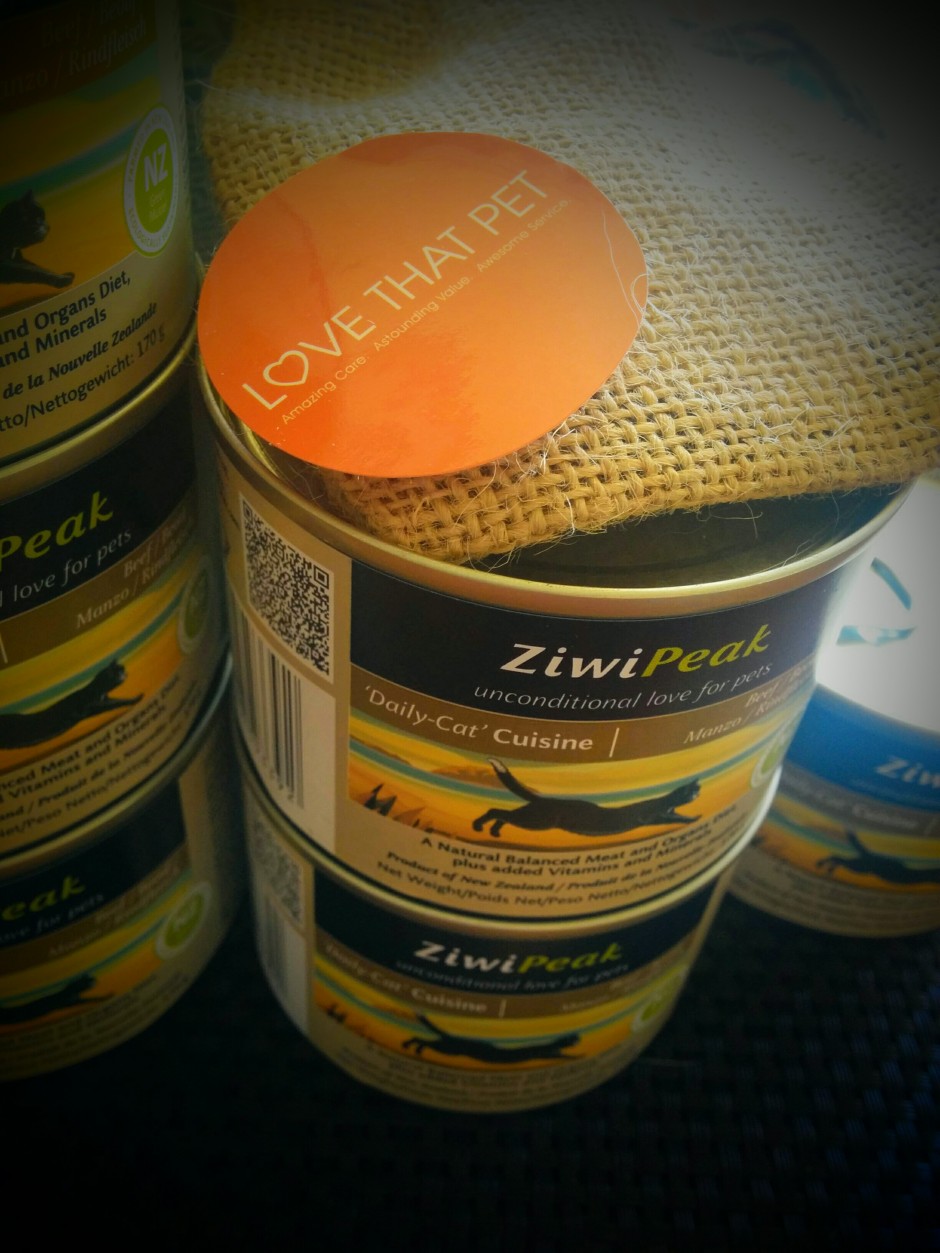 It has not been a good week. First, it appears I am not ‘mature’ enough to have access to tinsel just yet. (I admit I do eat it.)

On another note, the humans have been away in Bali. I know now for a fact that they touched a lot of pussies when they were gone. I am not happy about it at all. I busted them through their mobile phones when they were sleeping last night and I was instacatting with my furriends.

All the evidence is right there! First, mum stayed in a place with three cats. Tabby ones! One even spent the night with her in her bed! 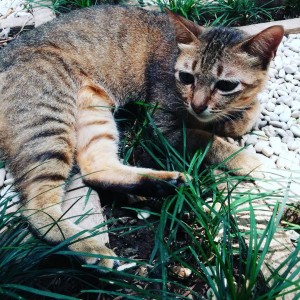 THEN she found a place in Amed that had a restaurant kitty. (A black and white one!)

As if that was not enough, The Ginger Hunk was caught smooching a ginger boy cat on his last night in Bali.

I am not impuressed. (Usually they laminate me so I can join them, but this time they forgot about me completely!) 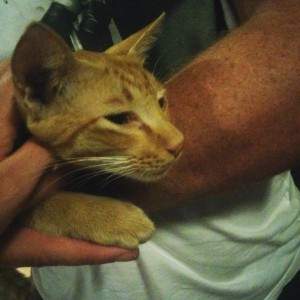 Luckily, whilst they were gone, the lovely hoomans at Love That Pet sensed that I had been abandoned and they sent me some love in the post!

An early Christmas surprise for my torment, some mew food from ZiwiPeak to try. 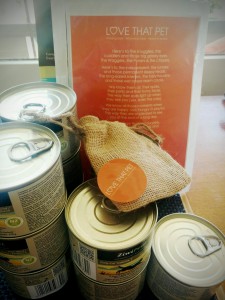 I admit that I was a little bit skeptical. I hoover my previous brand of cat food like a rat on cocaine. I was sure that nothing could beat the taste.

But I take it back. Ziwi is actually made of REAL food, no preservatives and is 100 per cent natural, not like the brand of cat crack cocaine.

So I actually had to chew the wet food up with my little teeth to get out the nutrients. 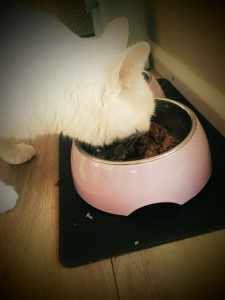 It also made me feel FULL and I didn’t meow for food again for HOURS. My humans thought something was wrong!

(But, this was because of all my nutrients straight in my little belleh.)

And the biccies? Crunchy on my teeth (but not too crunchy) and I could smell it straight away, man was my head in that bowl.

For Christmas Kitties the lovely humans at love that pet have offered my people a discount.

You get 20 purr cent off using the voucher below, before the end of January 2016.

They have pawesome things, (like my bed that I got earlier in the year)and other Christmas gift ideas for kitties.

Get your humans onto it right meow!

Here is the code!

Back to eating tinsel before I get caught again.

Guest blog from the cat: A cheater! 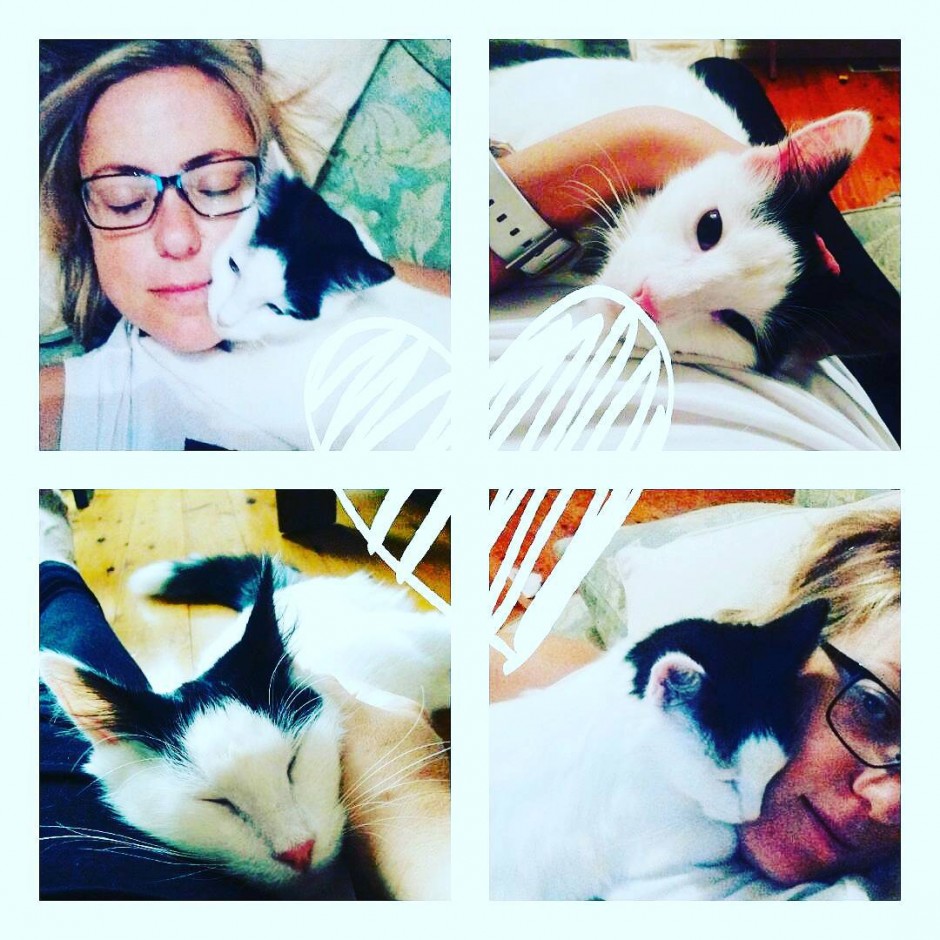 I sniffed it right away furriends!

I felt it right to the tip of my furry tail.

I knew she had been somewhere else!

But I had no proof…… So when she was out I went through her phone… and…. the secret is meowt!

The girl human has been canoodling last Caturday night with another kitty! 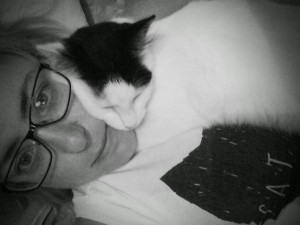 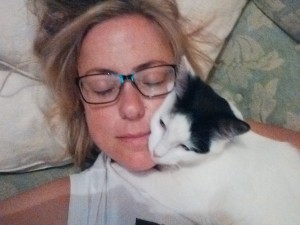 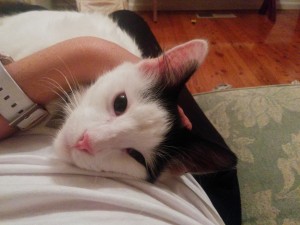 And it gets worse than that.

I think he might have been allowed to blog! 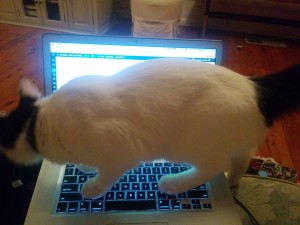 Furriends how do you suggest to deal with a cheater?

I’m already instigating wake up calls from 2am (instead of 5am), extreme fur shedding, vomit on the new carpet and going off my food.

Guest blog: From the Cat. Facts about white cats 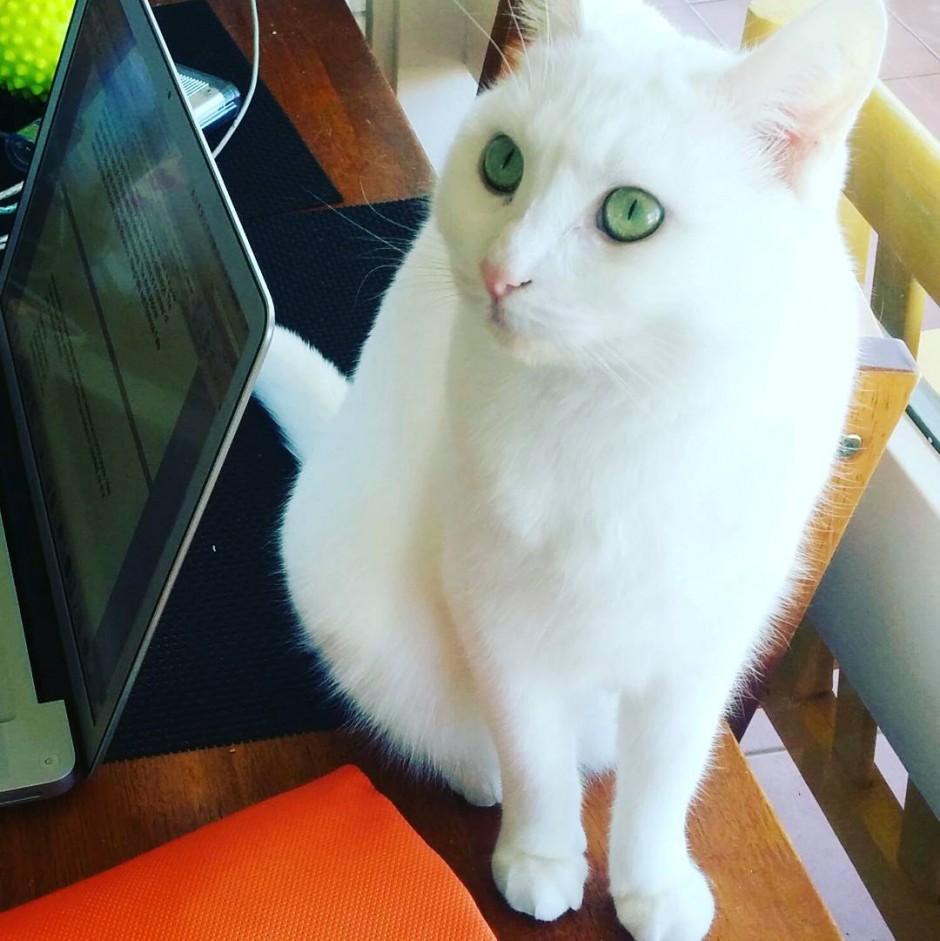 It’s time for the next instalment of tails on Tuesday! My humans have been away a lot, and taking the computer with them, so I have not had access till meow. Sigh. Anyhow. I wanted to share with you today some special facts about white cats that you may or may not know. (You will know them already if you’re smart, but if not, you’ll be smarter after this.) 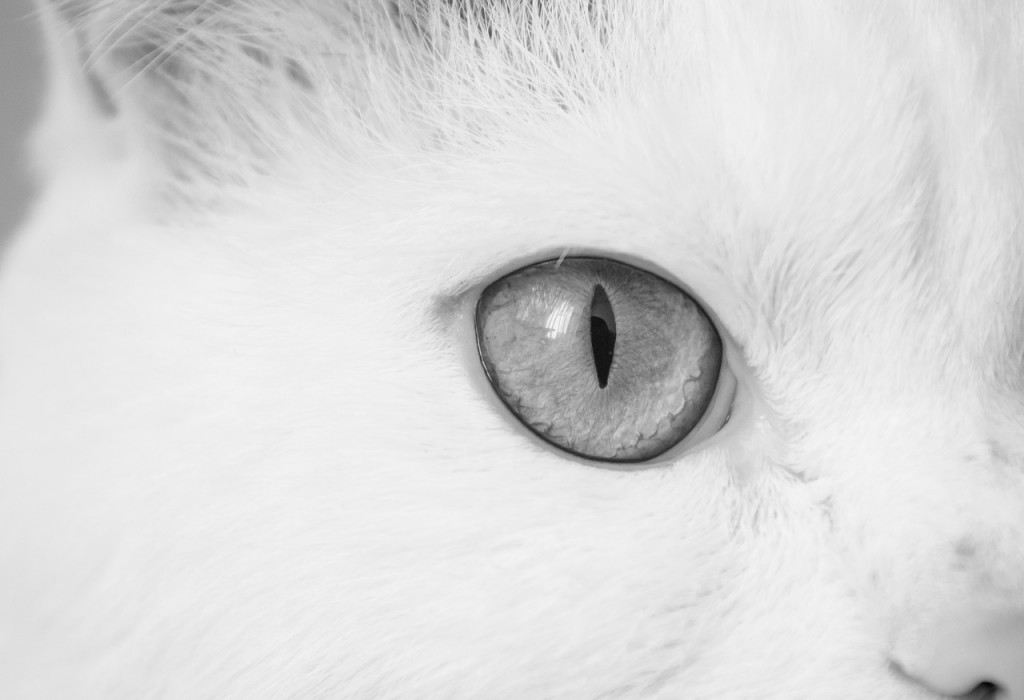 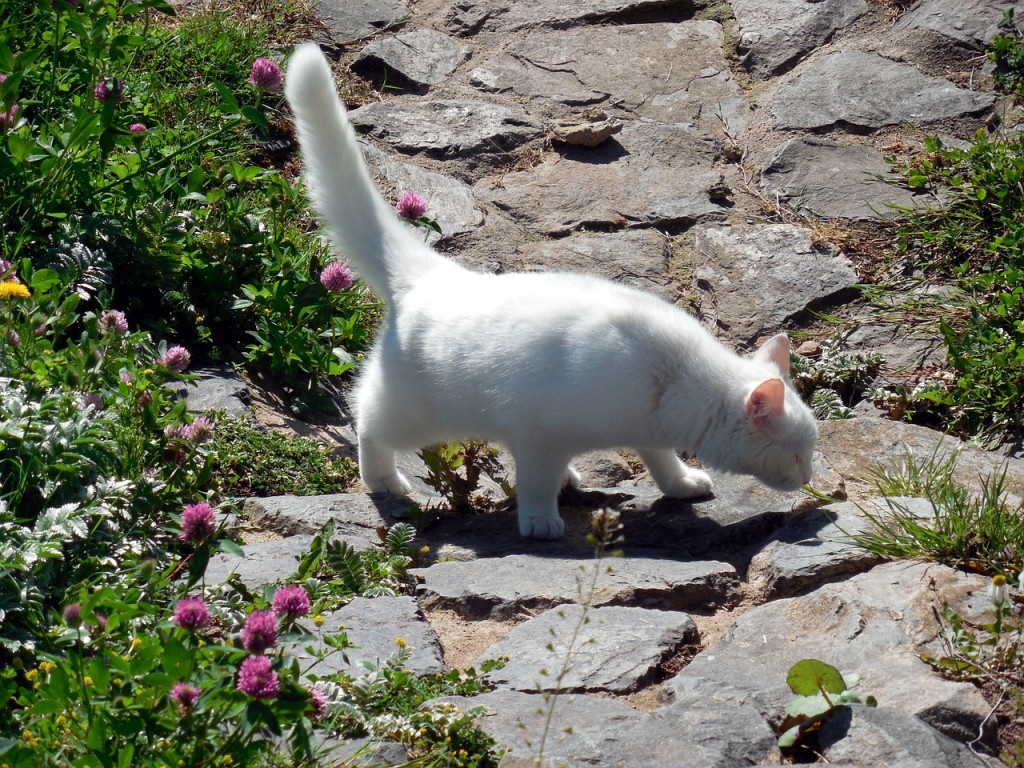 We are good luck 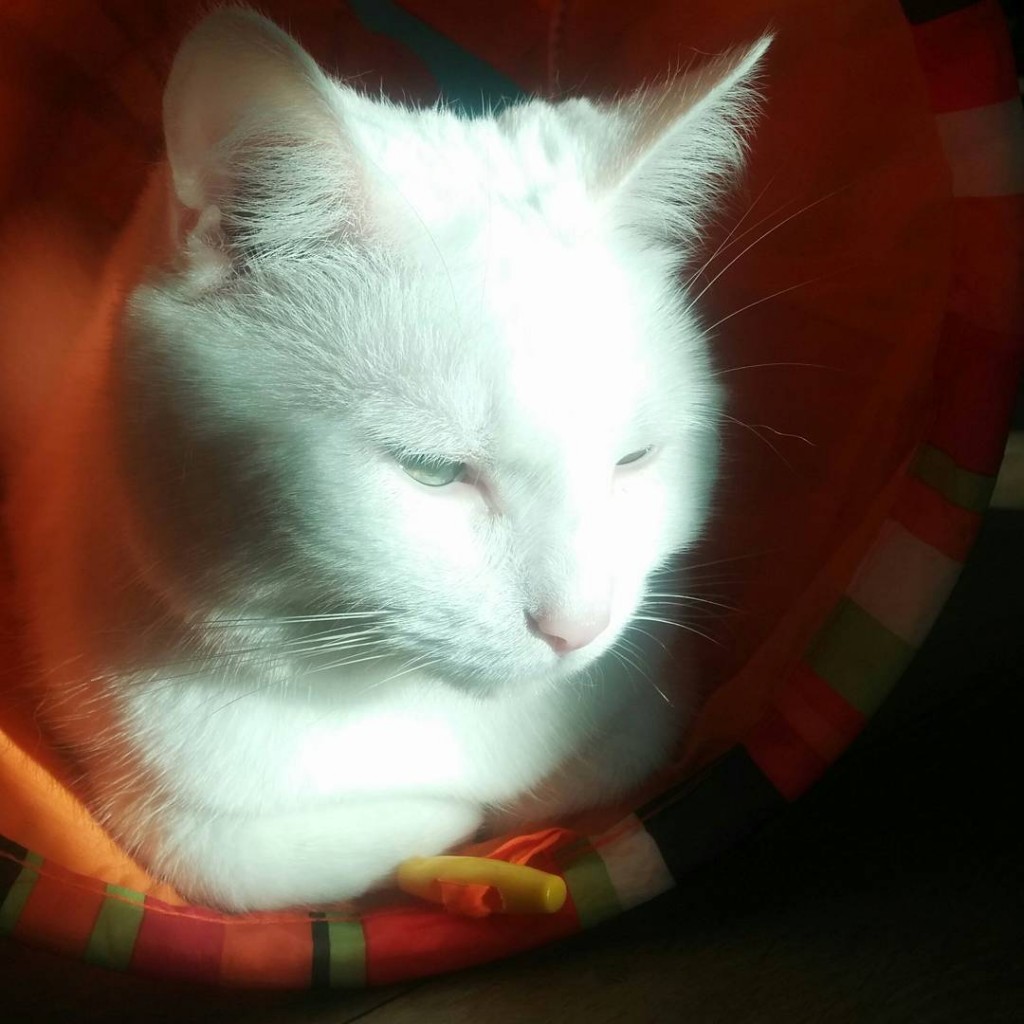 We are more likely to get cancer

I am forbidden by my humans to sunbake. Forbidden. Here is a sneaky selfie I took when they were not looking. It’s hard to block all the sun out of the apartment, so I do get a little bit in. BUT I am not meant to. That is why I am an indoor cat. See that precious pink nose of mine? Cats with fair skin and pink noses are at high risk of getting skin cancer. (Particularly in Australia where I live, the sun is hideous. )So I am quite happily an indoor cat, and this was part of the deal when I was rescued. I do have a little walk outside once a day, and lots of toys. I also get a great vantage point for bird watching from my balcony chair in the shade. So, don’t feel that I am missing out on any usual cat things. Life is good. 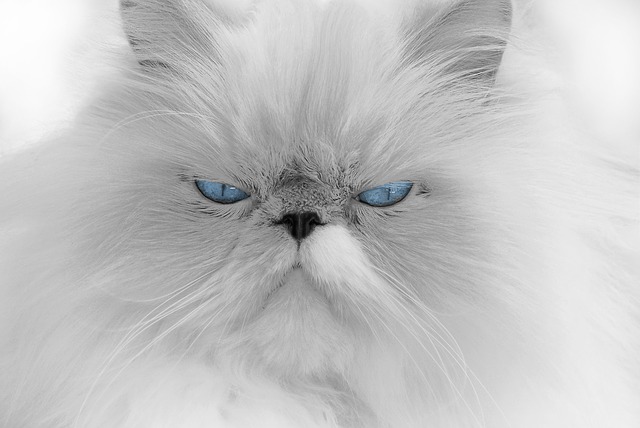 Now this kitty above is not what I would classify as pure white. But he’s cute. So I wanted his photo in here. Anyway, I get distracted. Of the five per cent of us special cats that are white, some of us have blue eyes. If one or two of the eyes are blue, we are 60 per cent more likely to be deaf. While this is a bit sad, it’s not a reason to not adopt a white kitty. My sister Ruby has blue eyes and she is deaf, but lives a happy and full life. She needs to be kept indoors though with some extra help from humans. 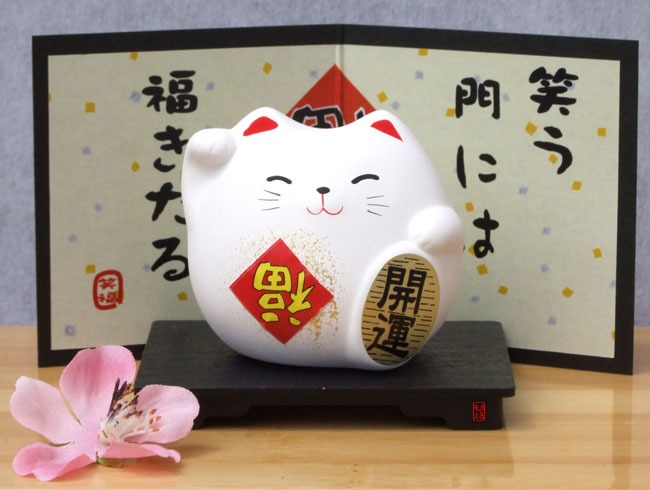 We are famous in Japan – Maneki neko

The Japanese are not only forward thinkers in technology. But also in their cat beliefs. This little good luck charm is known as Maneki Neko. The Japanese believe that white cats bring good luck, fortune AND prosperity. We sure do! Most of the Japanese have one of me in their homes, like the one above. Surely the rest of the world will follow soon!

What colour is your fluff?

Have you heard anything great about it?

Meow for now, have a great tails on Tuesday!

Guest Blog From the Cat: being left behind. 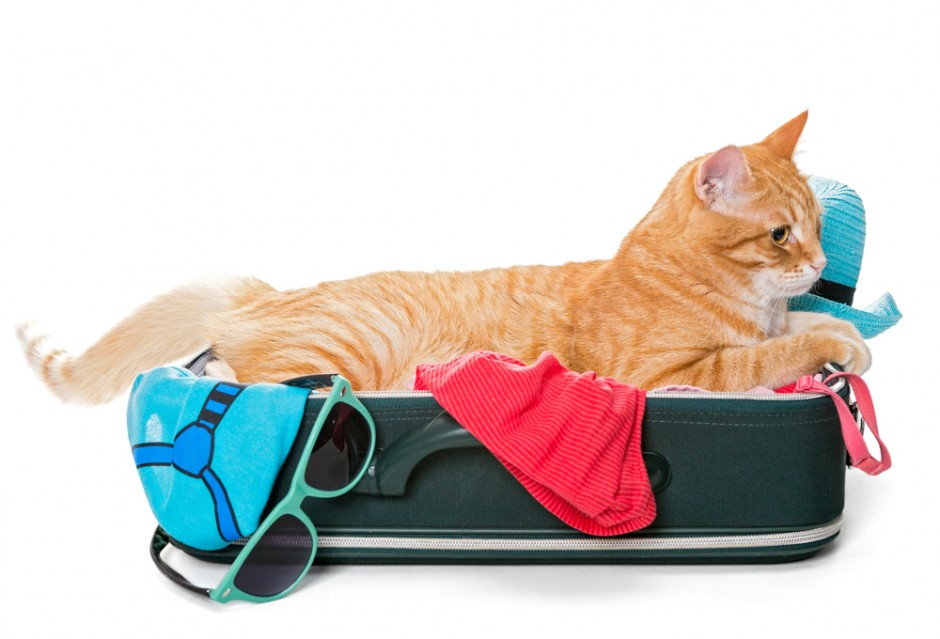 Some Tails on Tuesday advice on how to cope with human holidays! My humans think that they can just laminate me to take me on holidays and it will all be ok. No such luck!

I HATE being left by the humans and I try to make it as hard as pawsible for them to leave.

Here are my top tips for how to protest when you know you are being left behind.

1. Mexican stand off in the suitcase. 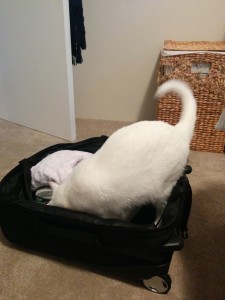 Do not give up. Burrow as hard as you can! They will eventually drag you out of it to save said suitcase.

Enough time spent will ensure that your pheromones and fur are in all their clothes. 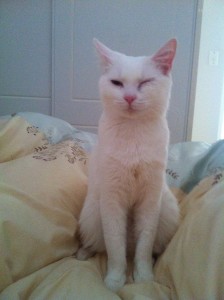 There is nothing quite like a sick pet to quickly increase your human feelings of both love and guilt.

My pink eye saga was quite dramatic, and resulted in loads of sympathy, extra food and trips to the vet.

If you can’t plan this then kitties might try running into something, or just not eating.

(I know it is hard, but going off your fancy feast will cause grave concern.) 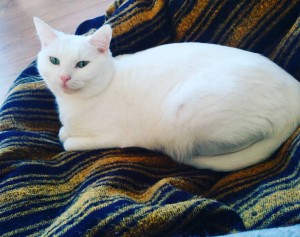 This kind of face pulls right at the humans heart strings. They will walk around saying things like “she knows” or “I feel so bad.”

4. If all else fails…. cause havoc for the pet sitter. 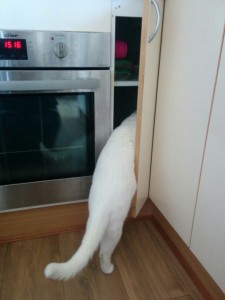 Remember this is YOUR house. If they leave you with some silly purrson, you need to tell them WHO is the boss.

Sometimes humans will come and they will think that it is their job to be the master of you. No way.

Get into that tupperware cupboard. Test the limits of what is pawsible.

Hope that helps you my kitty furriends.

We must take a stand on being left behind. 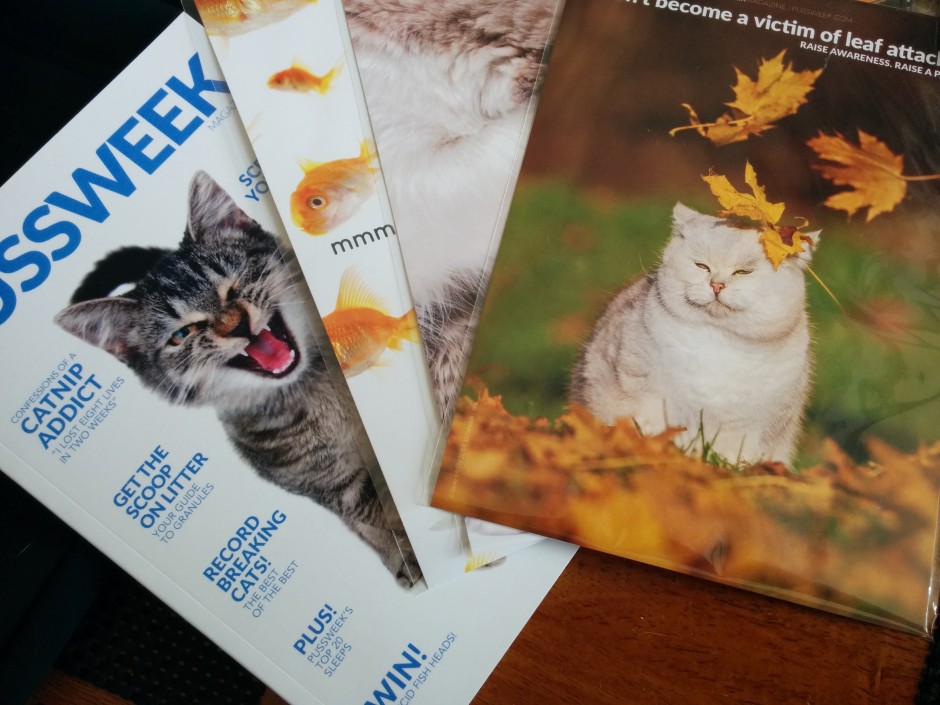 My furriends at Pussweek Magazine headquarters have been busy pawing away at the next edition. 🐾

It is going to be released officially on the 14th of September. (I can’t wait to get the scoop.)

If you have not heard, Pussweek Magazine is the go to bible for cats in the know.

It is written by a team of supercats who own the human we call Bexy Mcfly.

You can join the meowling list to get the mews on Pussweek here.

This purrdition includes the following advice:

🐾 Does size matter? How your tail could be holding you back.

🐾 Plastic bags; should you really be scared?

🐾 Catching the red dot: it’s easier than you think. 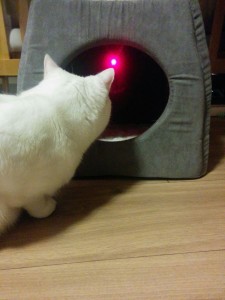 (# Purrsonally, I really need this advice.)

Want to read it right Meow?

You can order from Pussweek headquarters here but we also have a challenge where you can win:

– 1 packet of kitty springs for your afternoon delight

What you have to do

If you’re not an Instacat you can email ashleigh@mymeow.com.au with your kitties name and photo and we can upload it for you. 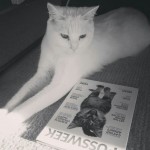 We will announce the winner on Caturday 12th of September!

Share with your feline furriends and get amongst it!

Ps. The pic above is from the old purrdition of pussweek. You’ll be winning a mew one.

GUEST BLOG FROM THE CAT: MEET MY KITTY FRIENDS 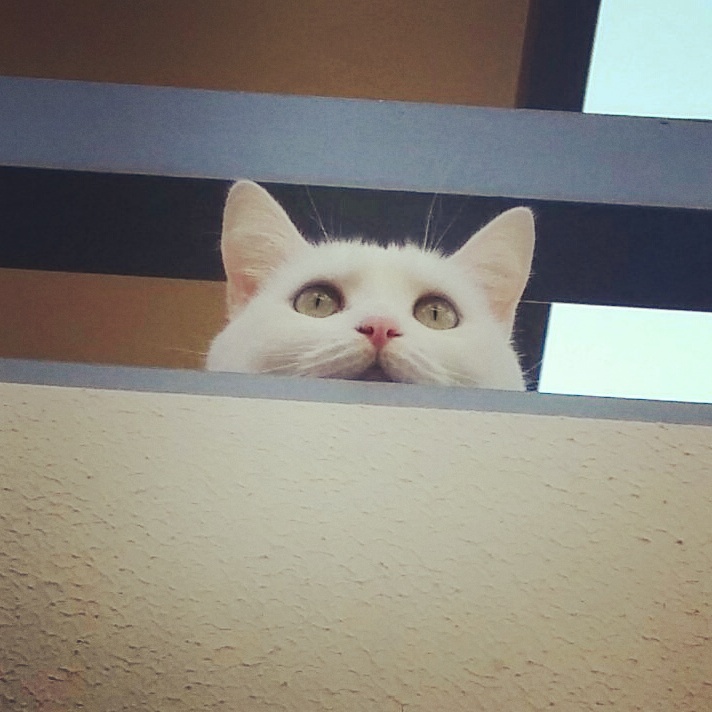 My human got her shit together and I am going to be featuring monthly on the blog! So I present to you the first instalment of ‘Tails on Tuesday’ where I write all sorts of feline related things, as I plan to take over the world.

This week is dedicated to telling you about my pawesome friends, who you might not know. (But should.) 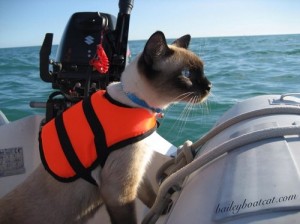 Being an indoor cat, I envy Bailey Boat Cat. He lives on a freaking yacht! His humans also seem very nice as they are always bringing him treats. Bailey the boat cat can swim, and has delicate coffee roasted fur that I would like to lick one day. But for now I just follow blog to hear of his exciting life living on the high seas. You can check him out here. 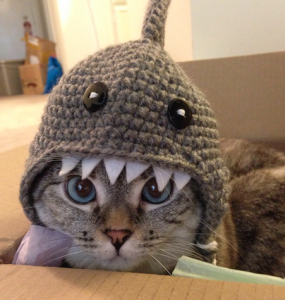 The cream of the internet cats, Nala has a lot going on. With pretty stripes, shark outfits, iphone cases and Nala pillows, I am way behind the eight ball when it comes to my mewkating strategy. (The japanese cats are very good at this.) You can check out Nala, and her glorious stripes and mewchandise over here. Nala is something we all aspire to be. 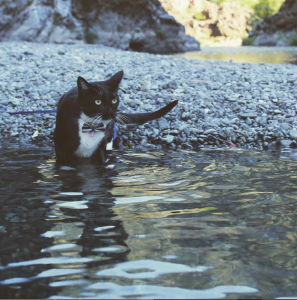 This Californian cool cat is one brave boy. He takes his humans everywhere. If I wasn’t such a scaredy cat I’d love to run in the fields and play in the ponds like this. One day. For now I have to settle with hissing over the balcony at people. Oskar is an up and coming star of the Instacat scene. You can find him here. 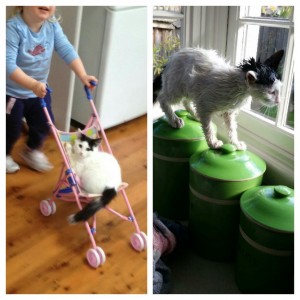 A common rescue kitty like myself, he has been adopted into the family of my human aunty. He doesn’t have his marketing strategy down just yet, but with a harrow-some start to life (including ringworm and being pushed around the house in a pram) I reckon a book deal is on the way. “How to survive living with small humans” has a great ring to it, and something I think that we can all learn.

Anyway, I must go now and bite the boy humans toes, whilst he is still vulnerable..