Guest Blog: From The Cat – Dealing with sick Humans 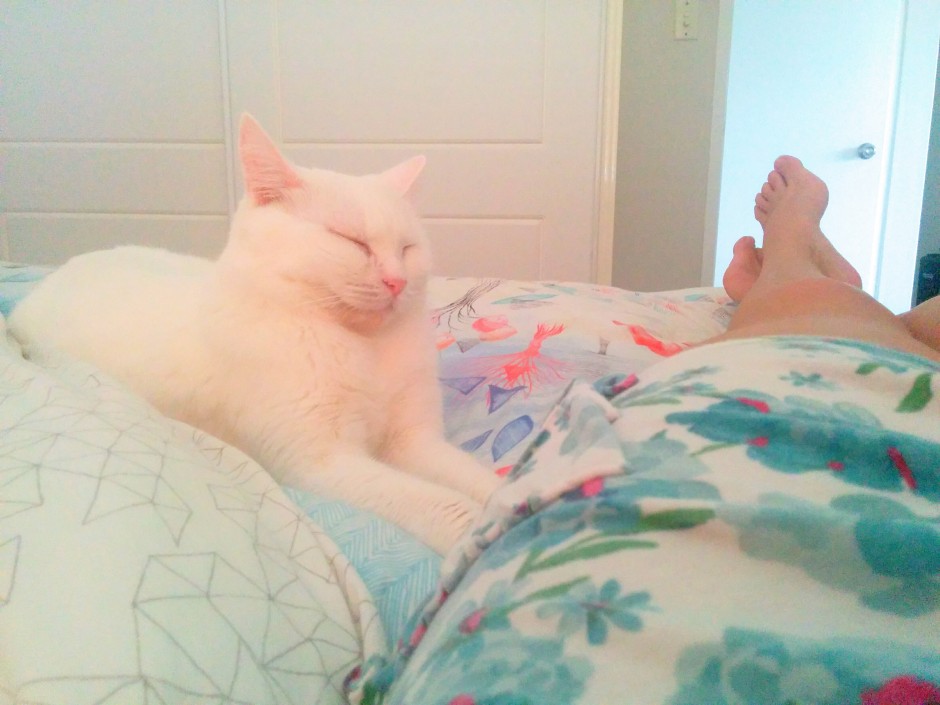 I haven’t done a Tails on Tuesday for quite a while. The girl human has been totally hogging the computer. I have not had much access. I don’t think I have written a post since I survived The Life Changing Magic of Tidying.  Oh I furrget I also had a feline friday link party. But I have been far too busy to have once since. As well has helping the girl human choose and pick her Cattooo, I managed to secure a box from the Marie Kondo wash up. The humans got new furniture so I decided that I should some too. 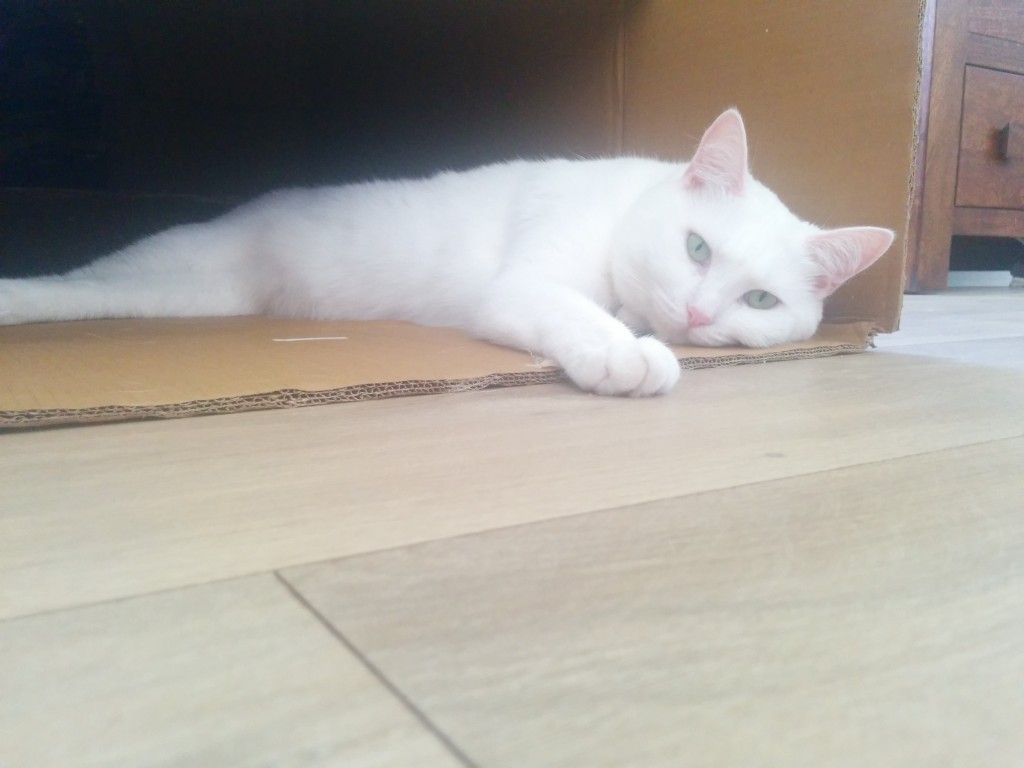 I looked really cute in it, and then over the last few weeks, we added things to it. Basically making it into a ‘Taj Mahal for Cats ‘which took over the whole lounge room, and really reminded them who owns the house. Then things went a little too far when it got to this point, and they threw my box out. I’m told I have some kind of new tunnel coming from The Netherlands soon. It is going to be cool, but I really miss my contraption. 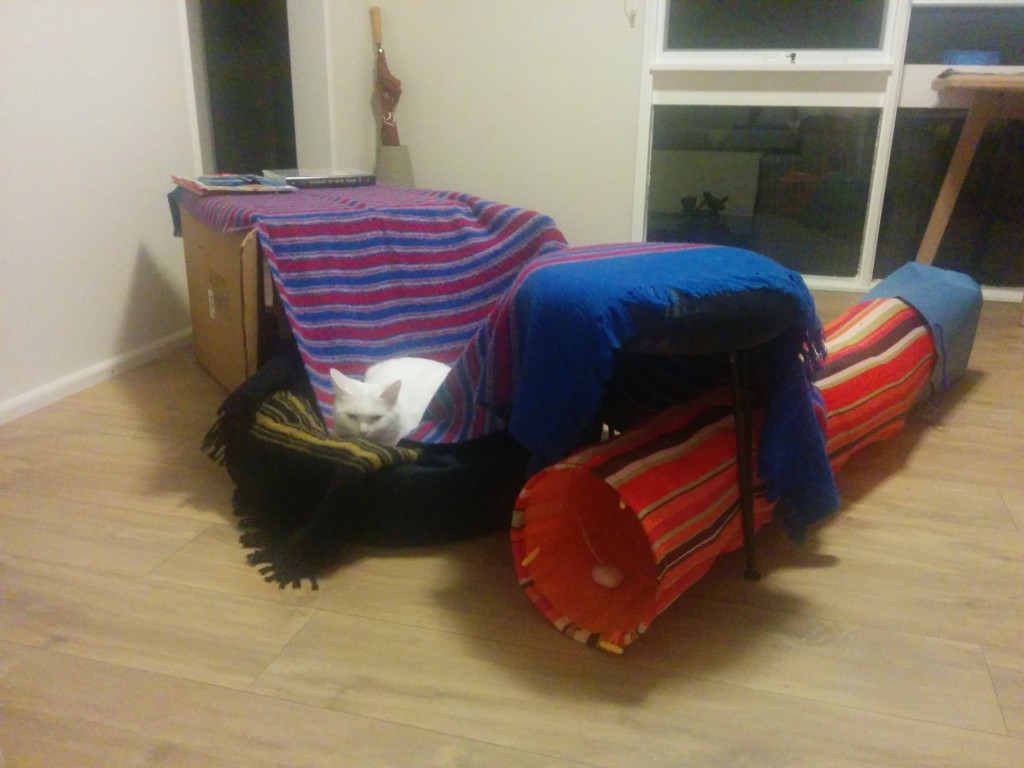 I digress from the disaster that has happened this week. The Humans, didn’t listen to me last weekend and went to a children’s party. They have been sick in the guts since. Told them so. First the boy human, which is unheard of. The girl human usually gets sick VERY easily. She has a weak stomach. So we were wondering why she had escaped? Then suddenly she has it. So After a week of boy human watching, now I am onto the girl human. As well as daily cat meditation on her leg, like in the feature image, I am in charge of other things like inspecting all items brought into the household to clear them of germs, and cleaning myself to make sure I don’t get it. 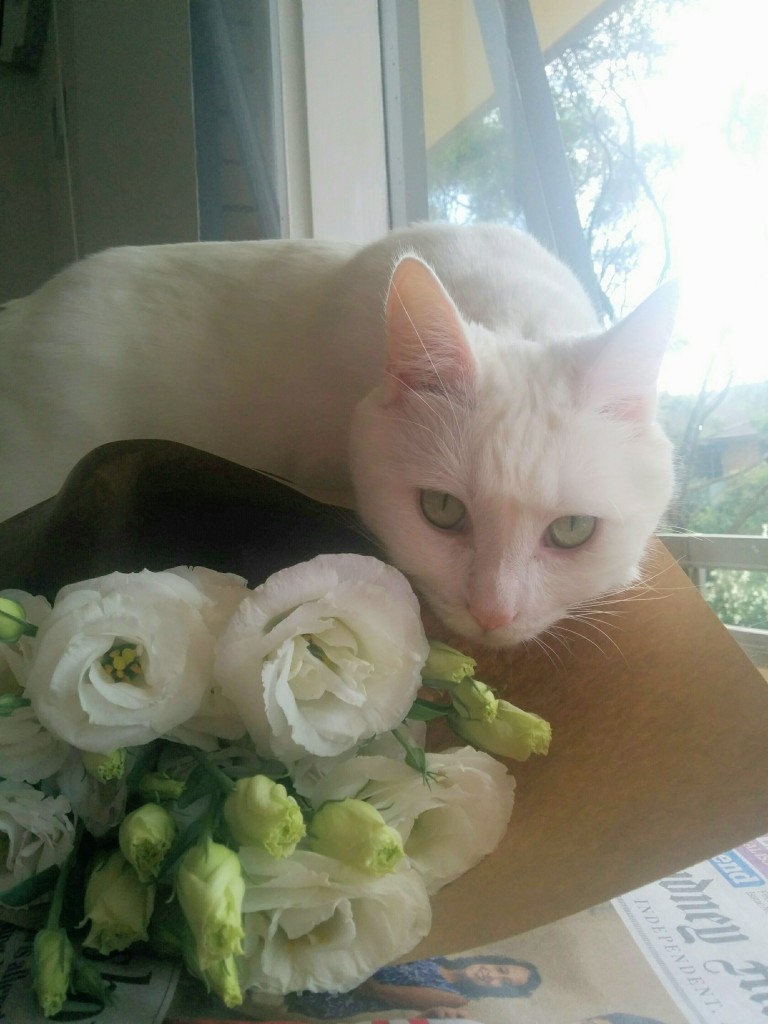 And, above all, going on children patrol.

One has just moved in next door. I can hear it. I have to make sure it will not bring the germs back in. They should have learnt from the party! 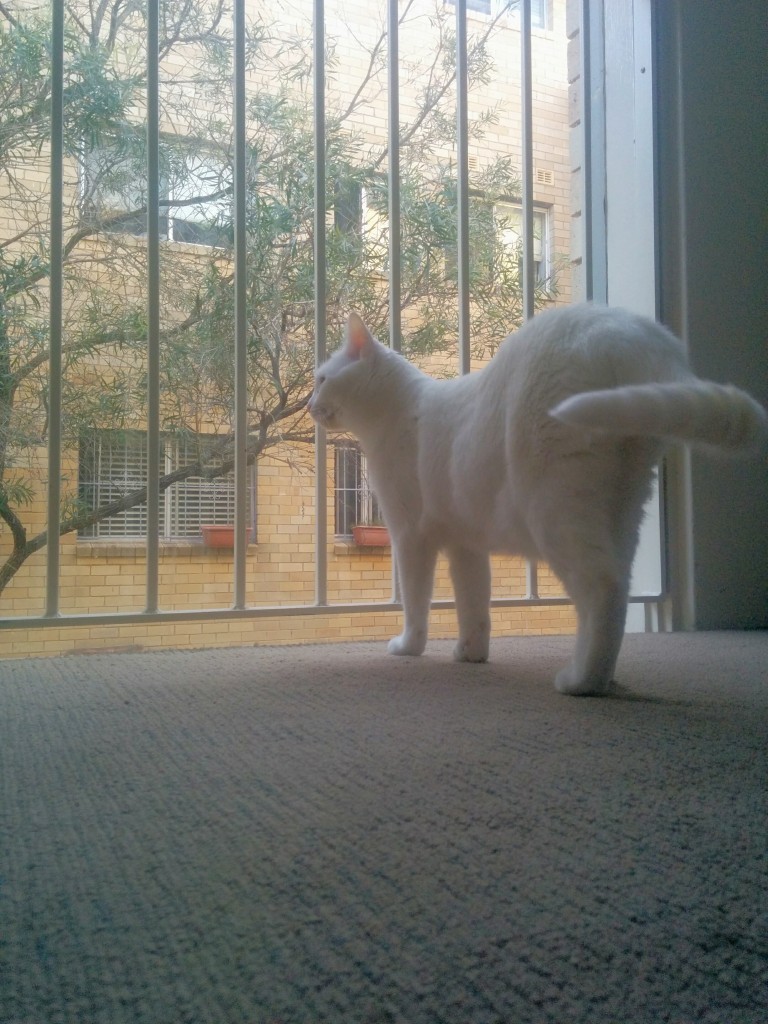 I must go now, but you can catch up with all my usual daily happenings on Instagram, and join 450 of my fans! Mum has her own account too, which is here, she sometimes has me but it’s pretty boring. (I have a feeling she puts other cats on there, as well as the cool stuff she does without me, but I don’t want to torture myself by looking.) If you missed out on her Cattoo, and how that all went down, here it is! 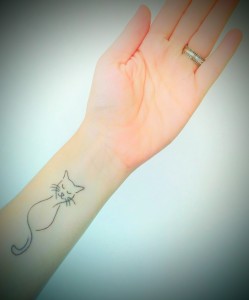 I must go back now to nursing pawtrol, they just can’t be trusted.

Linking up with some humans @ Essentially Jess for IBOT

Guest Blog from the Cat. My FIRST HOLIDAY!

Guest Blog From the Cat: being left behind.

Guest Blog: From the Cat – Surviving “The Life Changing Magic of Tidying”