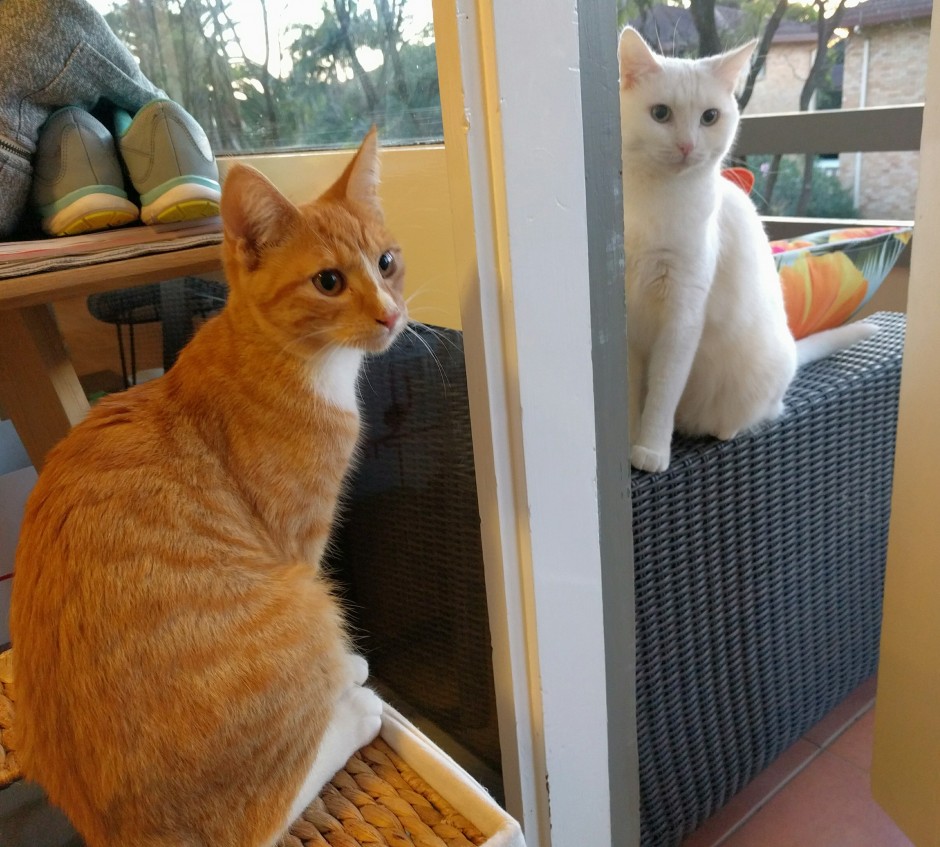 We have had major progress in the house! It is day 12 and last night we let the kitties roam free, drank a bottle of wine and let them sort out their stuff. What started out as hissing and growling by Sasha has turned in the last 24 hours into play and prowling. I think they are still working out who is the boss in the house, my feeling is that it is Sasha. But it was so great to watch Sasha turn from being scared last week, to prowling around after this kitten around the house. They had a stand off last night which resulted in Sasha rolling around on the floor meowing and Piper doing the same! So cute. Sasha even caught a bug and gave it to Piper. We separated them to sleep last night but since 6am they wanted to see each other again and they have  have been playing hide and seek and swatting each other from around the glass or behind a box!

Super excited it looks like we will be a family of four.

(The Ginger Hunk was never going to give the little one back though. Let’s face it!)

It is a very happy friday for us, hope it is for you as well!