When you buy a lemon (cat) 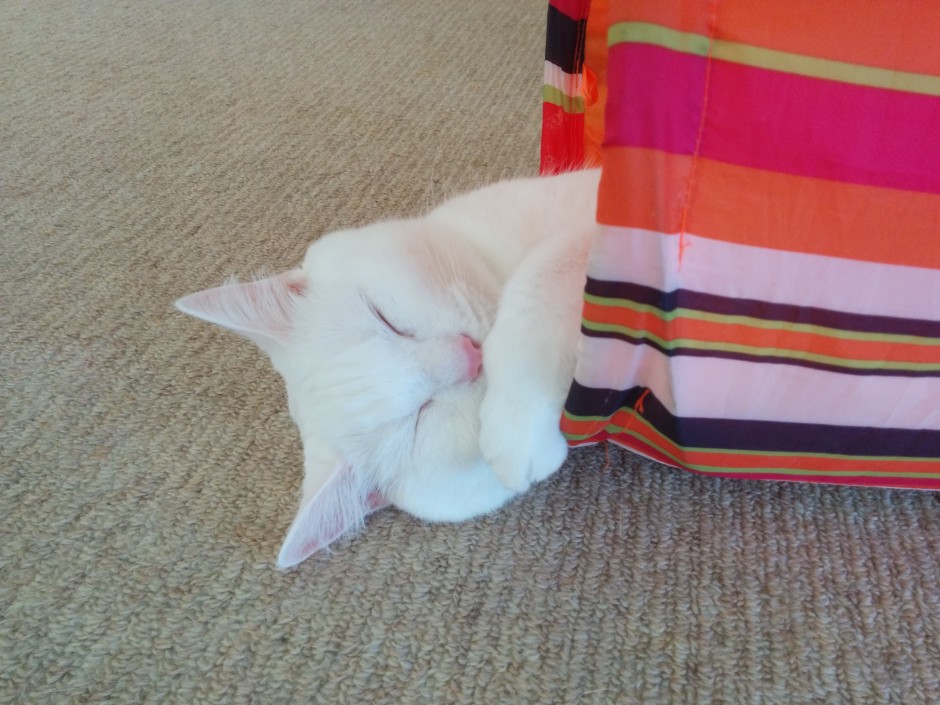 Of all the kittens in the pen, the little white one appeared the most friendly. Bouncing around from person to person, rubbing herself on my leg, it seems that she wanted to pick me to be her mamma. She wanted to come home with me. We were an an obvious match.

The Ginger Hunk agreed. “Let’s get the white one” He said. 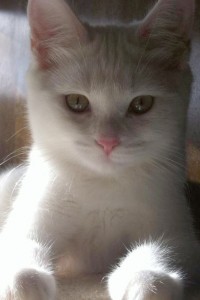 And so Sashimi the cat came home with us, one Easter weekend two years ago. At first, she seemed pretty fine. She would bounce around the house, sleep in the middle of our bed, purring ever so loudly when she settled into the night. Then with adolescence upon her she turned into a bit of a moody lemon.

She became miss hissy to anyone that wasn’t us. “What a cute kitty cat” people say when they walk under our balcony. “heeeeeeeeeeeiiisissssssss.” Sasha replies, with a kind of Darth Vader type look and a noise that says – you come near my house and I am going to fuck your shit up.

If  you smell like a dog you have no chance in hell.

Although super smart and probably running a cat cult in secret – she’s not snuggly at all, she’s sat on my lap twice, (probably by default because there was no space on the couch) and prefers her own bed or the cushion by my side. Yet she has loads of personality and is super cute (look at her). She meows for me so loudly with love in her heart when she sees me walking up the street from the bus stop, and cries for me over the balcony when I leave for a few minutes to take the garbage out. 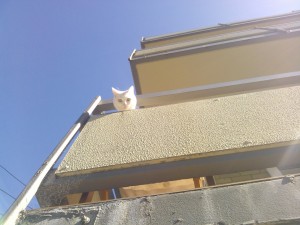 I can see her little face wedged against the window with desperation to see me…. and then after some pats and a pigeon noise and it’s over… no snuggles.

It is with desperate anticipation she wakes us up each morning, so excited for the day… and then nothing but formula one racing and pigeon noises….….. and so the cat products, cat shelves, and my lap remain vacant spaces…. waiting for love.

What do you think?

Any chance of turning this crazy cat into a lap cat? 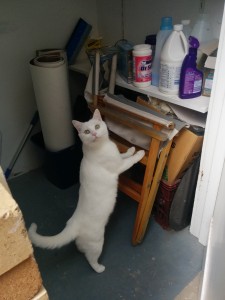 On a laundry exploration